TO THE OLD SITE 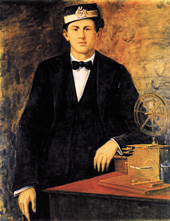 1922 – With the Law on opening a telegraph-postal and railway school and with Decree No. 60 of H.V. Tsar Boris III officially announced the creation of the State Railway School with the status of a secondary technical educational institution, with a military organizational structure.

1928-1946 – The Railway School is part of the Railway Regiment under the Ministry of War, the training is on a full military basis, under a military barracks regime, graduates are recognized with a semi-higher education.

1946-1950 – The school was renamed the Middle State Railway School and transferred to the Ministry of Railways, Posts and Telegraphs, the youth again received a semi-higher education, and the military regime was replaced by a semi-military one.

1950-1958 – The Transport Secondary School and the Transport Technical College at the Ministry of Transport accept young men and women who have completed the ninth grade and are receiving secondary technical education. From the academic year 1956/57, the educational qualification for admission was changed and the training period was three years, the semi-military regime was maintained.

1958-1962 – A Semi-Higher Railway Institute was established under the Ministry of Transport. The educational status of the school has been changed from secondary to semi-higher civilian educational institution with a three-year training period, the semi-military regime has been abolished.

1962-1984 – The Semi-Higher Railway Institute is now a military educational institution under the Ministry of Transport, its military status is equal to that of military schools under the Ministry of Defence. Graduates of the school receive the rank of officer or sergeant. By Decree No. 671/22.09.1967, the Semi-Higher Railway Institute adopted the name of Todor Kableshkov – apostle of the April Uprising and author of the historical “Bloody Letter”.

1984 – The Higher Military Transport School “Todor Kableshkov” was established. It becomes a single center for the training of senior and middle transport specialists for the Armed Forces of the Republic of Bulgaria.

1 September 2000 – With a law passed by the National Assembly, the school was demilitarized, renaming it to the “Todor Kableshkov” Higher Transport School.

25 June 2003 – The Higher School of Transport implements a Quality Management System that meets the requirements of the following standard EN ISO 9001:2000

26 February 2004 – After the project was positively evaluated by the National Agency for Evaluation and Accreditation, the Council of Ministers decided to transform VTU “Todor Kableshkov” into a UNIVERSITY OF TRANSPORT.

18 June 2006 – The Higher School of Transport continued the validity of the certificate for the implementation and application of the Quality Management System in accordance with the requirements of the EN ISO 9001 : 2000 standard

2018 – The Higher Transport School receives institutional accreditation for a period of six years.

The strategic tasks and priorities of the Higher Transport School “Todor Kableshkov” are: 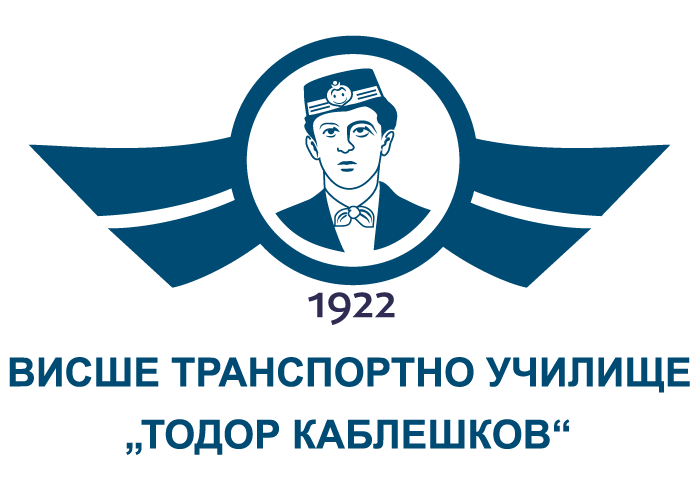